On May 7th to 10th the Second Middle East & Asia Conference on Female Genital Mutilation (FGM) was held in Istanbul where more than thirty activists and researchers from Iraq, Egypt, Iran, Oman, Saudi Arabia, Malaysia, Indonesia and India met as well as representatives from UNICEF Iraq, Orchid Project (England) and Terre des Femmes (Germany). It was the second such conference organized by the German-Iraqi NGOs WADI and the Dutch NGO Hivos.

For the longest time FGM was regarded as an African problem, based on the African continent with some prevalence in neighboring countries like Yemen. This mantra was overcome only recently when WADI strated raising conscious, that FGM is also widespread in a Middle Eastern country like Iraq. In January 2012, the first conference on FGM in the Middle East was held in Beirut. In the last two years the STOP FGM Middle East Project by WADI and Hivos collected further evidence, that countries like Oman, Malaysia and Indonesia have a significant high prevalence rate of FGM. Therefore, this second conference widened the scope from the Middle East to South East Asia. 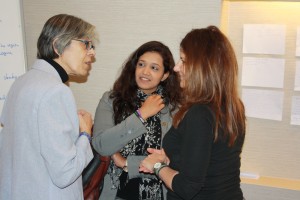 On the conference it became very clear, that the issue of FGM has to be tackled in the Middle East and Southeast Asia as well as its current core area in Africa. No nationwide studies have been undertaken in Indonesia and Malaysia, but local studies suggest, that prevalence could be between 80 or even 90%. This would mean that Indonesia alone with its world largest Muslim population has a potential of over 100 million victims and endangered girls, which are so far not counted when NGOs or the UN speak of 140 million victims worldwide.

And whereas the practice seems to be declining in some areas of Iran, although small scale researches from Iranian activists showed the practice is prevalent especially in Sunni populated areas of the country, FGM is on the rise in Southwest Asia.

Here, as the human rights activist Azrul Mohd Khalib from Malaysia stated in his presentation the practice is not older than 100 years. It is a phenomenon of educated, urban middle class families and the practice is generally accepted in society.

Also for Oman, the human rights acitvist Habiba al-Hinai found that education is not a factor that reduces support for the practice.These finding are in steep contradiction to studies and experiences in Africa where FGM is practiced less by more educated women. Thus, new strategies for combating FGM must be found.

According to a recent study conducted by Dr. Maha Al-Sakban, who presented her findings in the conference, FGM is also widespread in Central and Southern Iraq, done by Shia and Sunna Arabs as well.

During the conference it became also clear, that religion plays an important role for the justification of FGM. A differentiation between“tradition”, “culture” and religion does not reflect the reality of arguing about FGM in Asian Muslim countries. 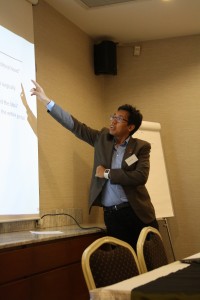 As Syarifatul  Adibah from Sisters in Islam pointed out, in April 2009, the National Fatwa Council of Malaysia said Female Circumcision is obligatory. She stated that here religion is highly politicized and religion is taught as a dogma – problems the fight against FGM has to cope with.

As in Indonesia with a very similar set of problems, FGM seems very much widespread, religiously legitimized and in the focus of Government based “Medicalisation” to artificially distinguish between FGM and acceptable “female circumcision”.

Activist have to overcome strong public sentiments to make FGM a public issue. They have to defend themselves against accusations that they are creating an issue where there is none, implementing a “Western agenda”. On the other hand, they feel that they get little help from world wide anti-FGM activism which seems to ignore Asia.

One reason for this neglect may be precisely the evident connection between Islam and FGM in Asia. As professor Abdulrahim Rouzi from Saudi Arabia stated there exists an Islamophobia-Phobia: Western agents are afraid to name this connection or come anywhere near it because they are afraid to be called islamophobic.

Thereby, Rouzi, a believing Muslim, is convinced that FGM is in contradiction with Islam. Having practiced for many years as a gynecologist, he has seen the worst consequences of FGM in migrant women in Saudi Arabia, where FGM is not practiced by the descendants of the Sauds but by many other groups. Islam prohibits such harm done to the body.

Yet, in many Muslim countries proponents of FGM claim to only practice a Sunna circumcision on girls which is only a tiny cut. This idea was dismissed by professor Rouzi who said he had never seen a woman who had a proper Sunna circumcision performed on her. Also Azrul Mohd Khalib presented studies for Malaysia which showed a high percentage of girls who had had 1,5 centimeters of their genitals removed, thus had undergone a full clitoridectomy despite insisting on having undergone a Sunnah circumcision.

The struggle against FGM in Asia only stands at the beginning. In many ways new approaches must be found tackling the very different situation from Africa. As a first step activists formed two networks, one for the Middle East, a second one for South East Asia. In the Middle Eastern network Egypt will lead the way with its long experience in campaigning against FGM.

By hannahcaroline36 in News, Press Statement, Project Updates on 2014/05/16.
← British girls flown to Singapore and Dubai for ‘medicalised’ FGM Singapore: AWARE Makes a Stand Against Female Circumcision in Islam →