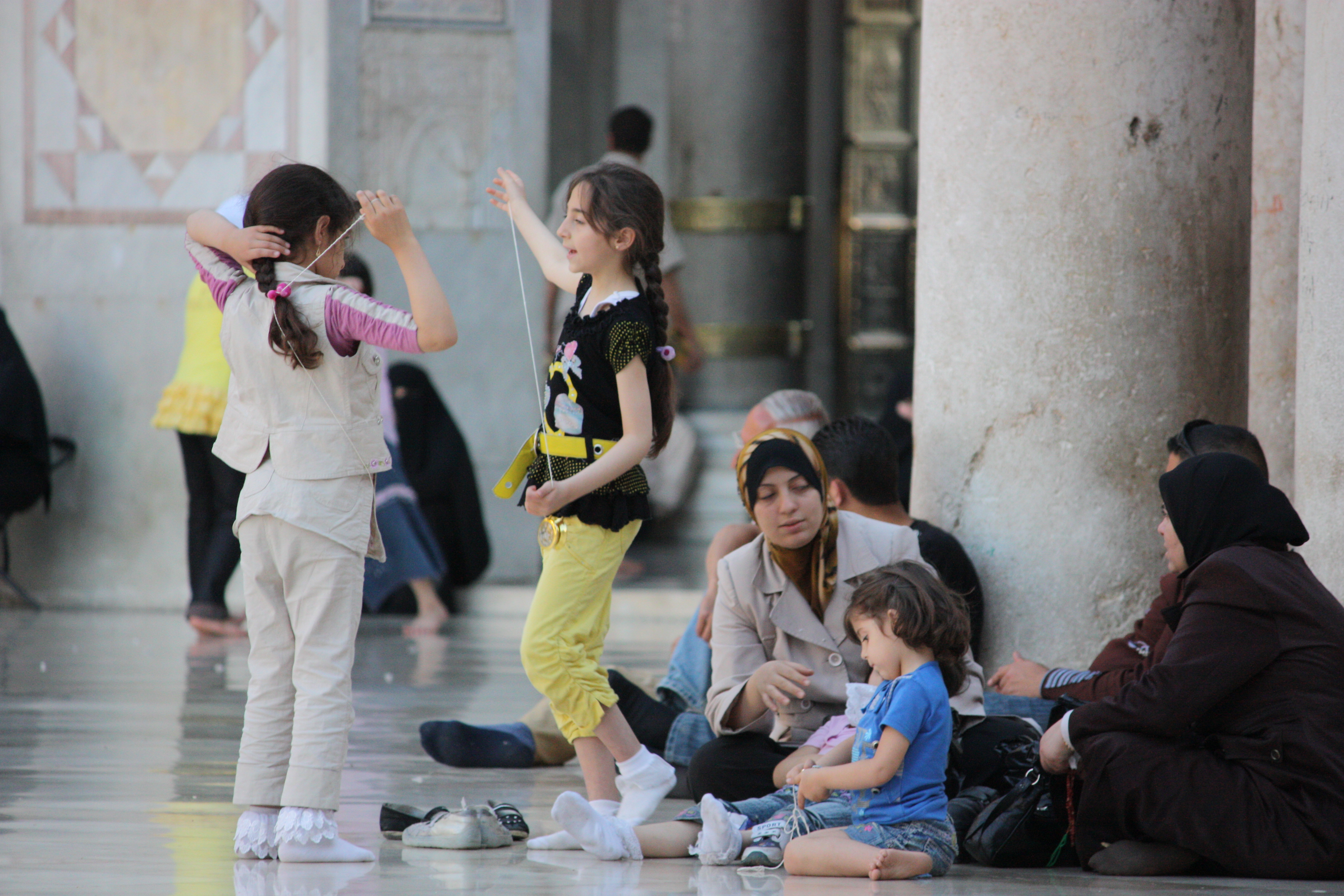 The number 140 million is currently the common official figure of women in the world that have undergone a procedure known as female genital mutilation (FGM). FGM is defined by the World Health Organization as “partial or total removal of the external female genitalia or other injury to the female genital organs for non-medical reasons”. 140 million is a very large and deplorable number. Yet today, we must seriously begin to consider the possibility that the number of genitally mutilated women in the world is, in fact, much higher. How so? 140 million is the estimation primarily for Africa; but growing evidence suggests that FGM is not only an “African problem” – it may well be widespread in various parts of Asia – including the Middle East.

UN bans FGM and acknowledges its existence in Asia

In December 2012, the General Assembly of the United Nations adopted a resolution that condemns all forms of genital mutilation. Though the resolution is not legally binding, it is an important step in support of legal bans and towards a change of norms on the ground. Burkina Faso led this effort in the UN that yielded the resolution, joined by other African countries. FGM is indeed widespread in several countries of Africa including Egypt, Sudan, Ethiopia and Mali. In 2013 and the years to come, countries of the Middle East, as well as other parts of Asia must be encouraged to join the international struggle against FGM, which may well be practiced in their midst. The first step in this struggle is to clarify where and to what extent it is widespread.

Outside of Africa, the practice has long been reported and documented in Yemen and Indonesia. Despite these evident outliers, official international discourse insisted on an African connection and influence. Already for Egypt that historically, culturally and politically belongs to the Arab world and the Middle East the “African explanation” strikes some as odd, and it certainly begs some serious question for the case of Indonesia. In other countries of the Gulf and Arab Peninsula reports about FGM were explained by the presence of migrant workers.

In recent years, the struggle against FGM has seen an important change, indeed a breakthrough in this regard. Following the efforts of local women’s rights associations in northern Iraq, new evidence and reliable documentation of the practice in the region have been gathered. The regional parliament and government took a brave step: they openly recognized the problem and adopted a law that bans the practice in Iraqi-Kurdistan. Subsequently, it is now acknowledged that, beyond Africa, FGM is also practiced in “pockets of the Middle East and Asia”. But where are these “pockets” exactly? How big are they?

As the currently existing scattered evidence suggest that FGM may be practiced across the Middle East, it is high time to follow the Iraqi example and find out. The preliminary evidence and the Indonesian case tell us that the practice is hidden, though paradoxically not unknown. It is hidden by not being talked about in public or by dismissing reports about it as “rumors.” The reports about FGM in Indonesia finally ceased to be dismissed as rumor when a journalist of the Guardian visited and documented an annual female circumcision ceremony, held publicly and organized by a local Muslim charity. Even if only some of the evidence and reports from the Middle East about the existence of FGM will turn out to be more than just “rumors”, we would be confronted with a widespread reality, not merely the occasional “pocket”.

The first step in the struggle against FGM is making it public. The Middle East and North Africa have seen waves of political activism over the past two years since the Arab Spring. It is an opportune moment to support those activists across the region that attempt to raise questions publicly in their countries. A recent high profile international conference about women’s rights asked for its plenary session “The Arab Spring: Window of opportunity or disaster for women? When it comes to the struggle against FGM it is no doubt a window of opportunity: an opportunity to speak up and break a taboo that enabled FGM to be practiced behind a wall of silence.

Studies are indispensible for the struggle against FGM, yet they are non-existent for bulk of the Middle East. There is a true hope to bring about change by uncovering the practice of FGM and raising awareness: in Israel, surveys found that FGM was still practiced among Negev Bedouins in the mid 1990s, but disappeared entirely by 2009; and now in Iraq too, first signs of success can already be seen.

Culture, Religion, Laws and Economy must be addressed

Combating FGM needs a holistic approach which addresses aspects of cultural habits, religion, law enforcement, economy (consider the midwives, who may see substantial financial loss, if the practice ceases to exist) and, even if indirectly, questions of politics and power. Consider, for example, the case of Egypt, where FGM is officially banned but is still practised widely. The position of the now ruling Muslim Brotherhood on this sensitive issue is not entirely clear. Yet it is clear that no one can simply turn the wheel back: once the issue is out in the open, once people begin to ask questions and awareness raises, a full clash back, including official back up for the practice is very unlikely. After all, female circumcision is labelled as mutilation in international treaties and human rights norms and is defined as “a violation of the human rights of girls and women.” The decision of WHO and several UN organisations from 2008 to use the term female mutilation instead of the seemingly more “neutral” female cutting is indeed very helpful in this struggle.

Watch out for Re-Labelling and Medicalisation

In this context, we should pay attention to a strategy recently in use by proponents of FGM: they attempt to re-label and re-brand the practice in ways that should give it a less negative connotation and save it from prohibition. The “sunnah” form of FGM, it is argued, falls under the category “Type 1” in the WHO/UNICEF definitions “Partial or total removal of the clitoris and/or the prepuce”). It is thus being compared to male circumcision and its proponents deny the negative health impacts and that there is mutilation involved in the practice, e.g. the website Shafii Fiqh points out “that this “circumcision” is not what is commonly known as female genital mutilation”. If male circumcision is accepted, proponents of FGM argue that “soft” forms of the practice should be legalized too.

One of the dangers of this effort is that the gap between official labelling and the practice on the ground is remarkable: a study conducted in Sudan revealed that nearly half of the girls and women which reported that they had undergone a “sunnah circumcision” in fact had FGM type two or even three (which include severe mutilation of the female genitalia), when verified by gynaecological inspection.

To understand some of the clerical discourses about FGM, we need to keep these attempts of relabeling in mind. It explains why a preacher can be an “outspoken opponent” of  FGM, and at the same time argue that genital cutting in the form of “circumcision” is a “divinely ordained right of a woman” under Islam. To prevent this kind of confusion that might cost the health and well-being of girls and women, it is important to keep the current across-the-board definitions that consider all forms of female genital cutting as violation of human rights: a no-go. This is also the case for the so called “symbolic” mutilation and “medicalisation” of FGM. Citing the example of Indonesia, some advocates of FGM speak in favour of an allegedly “symbolic” form of the practice, which supposedly consists merely in a “paper cut” – just a “pricking” of the clitoral hood.” But these claims ignore the fact of growing evidence on the practice of FGM in Indonesia, carried out in all but symbolic forms. If all cuttings, symbolic or otherwise, will not remain prohibited by international human rights norms, who is to even begin to guarantee that your local charity, which may offer the ritual for free, indeed practices a ‘symbolic‘ act and not prefers to cut a bit more?

Medicalisation of FGM refers to the performance of the procedure in a proper medical facility by a trained medical professional. Practically, it means taking the traditional midwifes out of sight. While such policies may prevent some of the infections and complications that girls suffer from FGM, it must not become a way to legitimize the practice, and hamper the efforts to stop it. To prevent such attempts to bring FGM in again through the back door, declarations, gestures and symbols – for example 2012 condemnation from UN General Assembly – remain very important. With a clear international stance against FGM, local governments and associations, activists and civil society organisations are encouraged to act and are empowered by the backing of international norms.

It is a main task today of the struggle against FGM in the Middle East to overcome the barriers of silence and denial of the practice. This will enable a self-evolving process of public debate, conversation and contestation. To bring about change the affected societies, and those especially affected within the societies, need to want to bring the change about. As for example in the case of Indian Bohra Muslim (a group that originates from Yemen): in 2011 an activist from within the community launched an online campaign and petition through Facebook against FGM.

Such isolated activists across the Middle East will gain much needed encouragement, support and empowerment by becoming inter-connected and cooperating within and across borders. The current task is to establish a strong network against FGM covering the whole region, which will enable people from across the region to exchange experience and information. The network can additionally  serve as starting point for work within local communities across the region: to support and help develop local initiatives for raising awareness, to work on strategies, to support local demands for legal change to banning FGM and to see the implementation of such laws. (By Oliver M. Piecha)

Oliver M. Piecha is working as a reasearcher for the StopFGMMideast Campaign for the German-Iraqi NGO WADI.

What is the Ruling on Circumcision for Women?, Shafiifiqh.com/Shafi’i Institute, 1.5.2010: