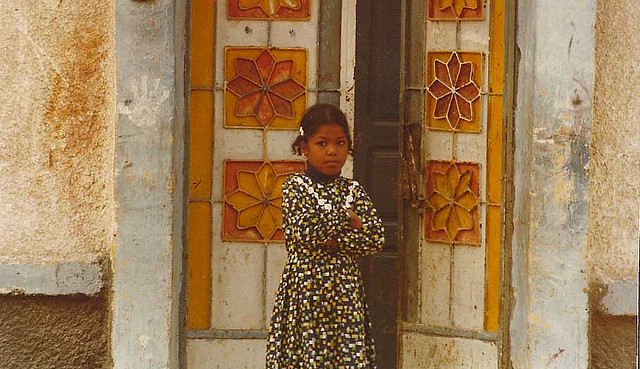 For Saudi Arabia, it has long been rumored that female genital mutilation (FGM) is practiced on the Southern region bordering Yemen. Yet, no reliable data exists and reports about its prevalence are inconsistent in terms of where it is practiced, by whom and why. Most reports don’t add up to more than anecdotal evidence, others are driven by interests and thus unreliable. However, there has been at least one study showing that FGM is indeed present – yet, not Saudi women are the victims.

Examining the „Sexual function in women with female genital mutilation“ Sharifa Alsibiani and Abdulrahim Rouzi interviewed 130 women who had been subjected to FGM and were attending the obstetrics and gynaecology clinic at King Abdulaziz University Hospital in Jeddah between February 2007 and March 2008. Another 130 women without mutilations were interviewed as a control group.

Saudi Arabia has a large immigrant population with countries of origins such as Egypt, Somalia or Sudan where FGM is known to be widely spread. An article in the Guardian about a lecture by Sharifa Alsibiani and Abdulrahim Rouzi in San Francisco calling FGM a frequent practice in Saudi Arabia was later corrected, stating “Although some studies suggest that it does occur in the country FGM may be most common amongst immigrant populations. In Dr Sharifa Sibiani and Prof Abdulrahim Rouzi’s study the participants were a mixture of migrants and women born in Saudi Arabia.“

An article by Arab News describes the procedure as rare in regions other than the south of Saudi Arabia. “But people from that region or from countries that perform it who are living in Saudi Arabia find the people and the place to perform it on their daughters, even though it is not allowed in hospitals and clinics.”

However, there are hints that FGM even though traditionally not know in most parts of the country may be even spreading for religious reasons. This is the opinion of Sheikh Yussif al-Badri, a rather notorious Egyptian cleric who considers the practice demanded by Islam. In an interview with the BBC, he is proud to announce that this view is now taking root in Saudi Arabia and Libya and more and more people are obeying by it. Certainly the wish could be father to the thought here.

Yet, there are Saudi clerics, not coming from the South, strongly defending FGM. If a popular TV-preacher like Sheikh Muhammad Salih al-Munajjid insists that circumcision is religiously prescribed for men and women alike it would be rather surprising if this had no effect on his Saudi followers.