“The One Who has ‘perfected everything’ He has created and began the creation of human beings from clay” (Qur’an 32:7)

“Allah is the One who made the Earth a habitat for you, and the sky as a structure, and He designed you, and has perfected your design.” (Qur’an 40:64) 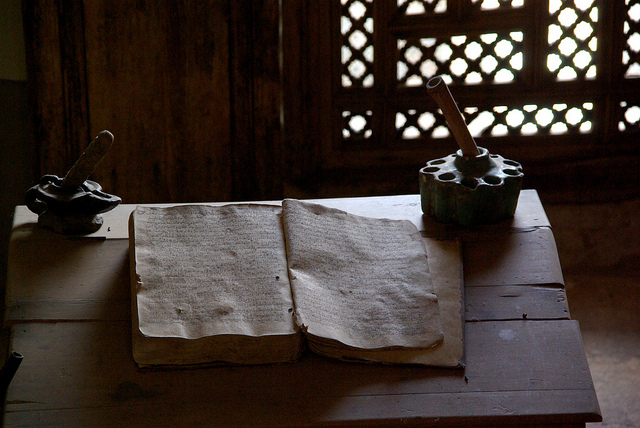 There are probably hundreds of fatwas concerning female genital mutilation or „khitan“ which is in Arabic circumcision, some condemning the practice for girls, some allowing it, some recommending it, some requiring it.

A fatwa is a religious ruling which Muslim believers will try to follow, but they are not considered binding. Usually, fatwas are issued by a mufti who works for the national Dar al Ifta (House of rulings) which is in many countries with Muslim majority an official national body. There are Shia and Sunni fatwas and within Sunni Islam the four main law school may each have their own interpretation on a subject. Even within one law school, the rulings in one country differ from those in another country. To complicate things, a fatwa does not have to be issued by an official Mufti, but could also come from other religious scholars.

The believers may follow those fatwas issued by their mufti, but they can also follow a fatwa by a preacher they particularly like, refer to an Internet page specialized in Islamic guidance or they can choose a fatwa suiting best their circumstances. Thus, the fact that a fatwa has been issued against or pro female genital mutilation does not mean that this is the official legal opinion of “Islam” – a common misunderstanding among Westerner who compare such rulings with those of the Catholic Pope.

This said, it is still of great value if fatwas support the case against female genital mutilation as most Muslims practicing FGM believe that they do so for religious reasons. Fatwas help local activists arguing their case.

Therefore, we are documenting here fatwas and other religious arguments against FGM. We welcome any contribution about fatwas we have not collected here so far. Please email us on mideastcampaign@yahoo.com

Fatwas refer to “Do no harm” principle

In November 2006, Islamic scholars from all parts of the Muslim world met at the prominent Islamic Al-Azhar University in Egypt to discuss female genital mutilation. They came up with a ban on the practice. Following we document some statements:

Professor Ali Goma, the Grand Mufti of Egypt, stated: „The female genital circumcision practiced today harms women psychologically and physically. Therefore, the practice must be stopped in support of one of the highest values of Islam, namely to do no harm to another – in accordance with the commandment of the Prophet Mohammed “Accept no harm and do no harm to another”. Moreover, this is seen as punishable aggression against humankind.“

The popular TV-preacher Yussuf Al Qaradawi stated „There is no doubt that the four sources of Islam (Koran, Sunna, Consensus and Analogy) have no evidence that requires or recommends this practice. Moreover, we have found no evidence whatsoever which forbids this custom or considers it deplorable. (..) According to a religious point of view, permitted acts can be prevented if damages accrued. The level of this prevention could have the meaning of frowned upon or prohibited (..) The objective study by neutral experts and specialists, who do not follow their wishes and the wishes of others shows that the circumcision, in its current form, harms women’s physical and psychological state and affects their marital life. Therefore, this practice and all allowed acts that bring about damages must be stopped. (..) Based on what we said, we consider that circumcision or cutting a part of woman’s body without medical care, according to the current way of practice and without justification, is not permitted and is illegal. It enters in the aspect of changing God’s creation which is a work of the devil and it is not permitted by God.“

Among the Shia Ayatollah Ali Al Sistani recently took a strong position against FGM saying: “If the purpose of female genital circumcision is cutting the clitoris this operation is not right and is not a religious tradition. If the girl is hurt, it is prohibited.”

In 1996, the Islamic scholar Muhammad Lufti Al-Sabbagh published a booklet Islamic Ruling on Male and Female Circumcision which was funded by the World Health Organzations Regional Office in Alexandria, Egypt. Al-Sabbagh argues that the Hadiths referring to female circumcision are not confirmed and poor in authenticity. Referring to all the physical and psychological risks he concludes that FGM can not be legitimate under Islamic law, „particularly that nothing that recommends it, is definitely established as said by the Prophet. It is, however, established that he has said: Do not harm yourself or others. This hadith is one of the basic principles of this True religion.“

In the same book Al Amin Al-Dawood argues “The prophet says: “Tattoo-makers are cursed by God”  and goes on, adding all those who tamper with God’s creation.” (..) A Hadith reported by Al Bukhari and Muslim recounts how Abdullah Ibn Masoud, a companion of the Prophet, was blamed by a woman for cursing women practicing female circumsicion. He answered: “Why should I refrain from cursing those cursed by the Prophet.”

Muhammed Salim Al-Awwa, the General Secretary of the International Federation of Islamic Scholars, argues in the same book that all hadiths referred to by those defending or requiring female circumcision are weak in authenticity. Only one hadith is autenthic, stating that “when the two circumcised organs meet, bathing becomes obligatory”. Al-Awwa argues that the dual case is often used in Arabic and follows the habit of calling two objects or persons after the more familiar, thus the sun and the moon may be called “the two moons”.

The popular Sheikh Al Arefe explains on his Youtube channel: “There is a hadith saying that circumcision is a good deed to women, but it is a wajib for men (tabari) but its a weak hadith, because it has been proven that it is not a good deed, and it was a habit done by Arabs pre Islam.”

Muhammed Salim Al-Awwa published the booklet FGM in the context of Islam supported by the Egyptian National Council for Childhood and Motherhood in which he argues that in worldly affairs the Islamic jurisprudence should follow the opinion of scientists and physicians. “The scientific opinion on FGM is clear. It is the total or partial cutting of the female’s external reproductive organs which deprives the body of its natural functions and of legitimate physical pleasure. In short, it is a social practice to control women and constitutes a violation of her rights.“

Al Awwa adds „The precepts of Islam ensure the woman’s right to a successful and satisfying marital relationship. The precepts of Islam call for the respect of the sexual relationship between a man and his wife and emphasize that each party is entitled to a successful and happy relationship. It would therefore be considered selfish and egoistical, a matter interdicted by Islam, should one party, and not the other, attain satisfaction.“

Sheikh Atabek Shukrov Nasafi argues not entirely against FGM, his lecture is nevertheless worthwhile watching for those who want to understand more about Islamic reasoning. In his reading, the clitoris should not be touched and only the labia minora cut. He also argues that those Islamic scholars namely the Salafis who argue that “female circumcision” should “balance” or reduce female lust misinterpret the original hadith which means exactly the opposite: that female pleasure should be increased.

Muhammed Munir a professor at the department of law at the International Islamic University of Pakistan lists in a paper on Islamizing Custom or Customizing Islam: The Case of Female Genital Mutilation or Female Circumcision, published in 2013, several fatwas condemning FGM, among them one by the late Sheikh of the Egyptian Al Azhar Muhammad Syed Al-Tantawi who declared that female circumcision has no Islamic justification. Tantawi argued that “The Qur’an and the Sunnah do not mention it (female circumcision).” Tantawi left it to medical doctors to determine whether it should be carried out in individual cases or not.

A similar argument is brought forward by the Ahmadiyya community concluding that female circumcision “is not a matter of Islamic law at all“, but “was an old custom which was not made unlawful as such by the Holy Founder“, yet “the Holy Prophet did not encourage it; indeed he subtly expressed his dislike for it.”

This opinion is supported by the late Grand Sheikh of Lebanon Sayyad Mohammed Hussein Fadlallah (Shia) referring also to Islam’s stance on slavery: “Islam did not forbid it (FGM) at that time because it was not possible to suddenly forbid a ritual with strong roots in Arabic culture; rather it preferred to gradually express its negative opinions. This is how Islam treated slavery as well, (gradual preparation of the society for the final forbiddance of slavery).”

A different approach takes Ayatollah Khamenei who simply calls it outdated: “because the social norms have changed today, this action would not be acceptable like many other topics which their sentences were changed due to circumstances and facts.”

The point of of view of the Supreme leader of the Islamic Republic of Iran on FGM, Stop FGM Middle East, 7.6.2014

Fadlullah of Lebanon rules: Female Genital Mutilation is prohibited if it negatively affects the soul, body and the sexual abilities; Islamopedia Fatwa, posted 4.22.2010

Ahmadiyya: An analysis of female circumcision according to Islamic law