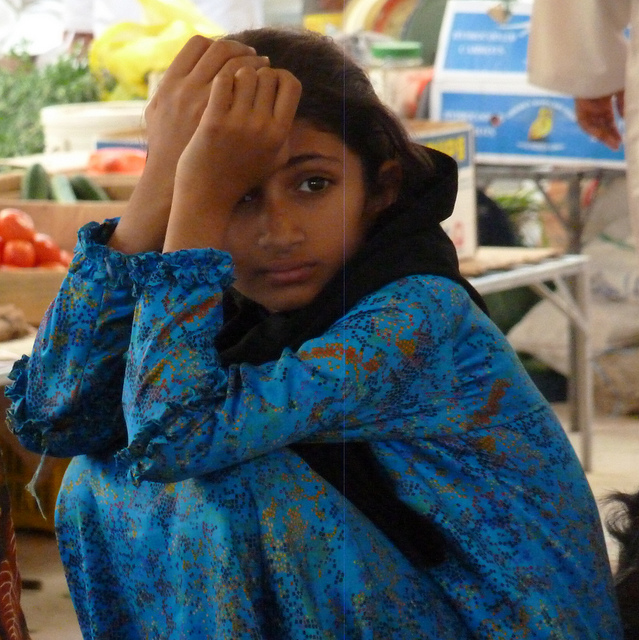 A number of small studies have been done in Oman which all show that FGM is highly prevalent in Oman, probably more than 80 percent of women are affected. Yet, the topic remains a taboo in society and the government seems to repress any discussion.

During the years of the Arab Spring a small civil society emerged asking for more political freedom. Some of these activists and bloggers also tackled the issue of female genital mutilation (FGM).

Most reports back then came from the Southern province of Dhofar, where most probably FGM type 2 is practiced, a complete excision of the clitoris and labia minora. The Blogger Susan Al Shari wrrote: „Almost all girls over the age of about 15 in Salalah have been circumcised. I thought the practice had died down over the past decade and was no longer prevalent in Salalah but evidently I am mistaken.“

The Stop FGM Middle East team visited Salalah, the capital of the province Dhofar, in late 2013 and spoke with a representative of the city’s hospital, with members of the local Women’s Union and met a circumciser. These talks supported the asssumption that almost all baby girls are cut.

With a population of more than 200 000 inhabitants Dhofar is the second largest governorate after Muscat. Only 2,5 million people live in the Sultanate total.

The governerate, bordering Yemen, differs from the rest of the country as its inhabitants adhere to the Sunni faith, instead of Ibadism as the majority of Omanis. It is also considered the most conservative region in Oman. Susan al Shari writes: “As many of you know, Dhofar is a region where working and driving is still taboo for many women. It is a region where marriages are arranged, female genital mutilation is widely practiced, polygamy is almost normal and where most women go nowhere without a chaperone and a face veil showing only the eyes. Things are changing rapidly but Dhofar remains the most conservative region in Oman for women.”

This may be the reason why many believed FGM was restricted to Dhofar. However, a number of newer studies show that there are other regions where the practice is just as present.

Earlier studies by the government support the assumption that more than 80 percent of Omani women may have undergone FGM. A study on attitudes of adolescence in 2006 showed that 80 percent of females support female circumcision. Another regional study showed that the percentage of circumcised Omani female children (less than 3 years) was 100 percent in some willayats (communities). Both of these studies were quoted in the ‘Five-Year Health Plan: 2006-2010’ which is not online anymore. All attempts to obtain more Information from the Ministry of Health remained futile.

The government of Oman is taking an ambivalent stand. Hospitals have been banned to carry out the operation, but private clinics offer it and traditional circumcisers promote their services on the premises of state hospitals. In 2005, the Health Ministry announced to study the prevalence of FGM in Oman and design programs for community awareness. However, no further efforts have been made and activism on the topic is muted.

Meeting a Circumciser: “Men suffer from it” – in Salalah standing up against FGM is almost impossible

Oman: Precise descriptions of FGM already in the 1960s

FGM is acknowledged but everyone is afraid to tackle it

Dear Omani women, female circumcision is Not a sunnah, How to live like an Omani princess, Feb. 24, 2011