Medicalization and Islam: Similar to Indonesia

In Malaysia, prevalence rates, motivations, trends and societal debates about female genital mutilation (FGM) are very similar to those in Indonesia – to little surprise as the country is culturally and religiously close to its much larger neighbor.
The country of nearly 30 million inhabitants is predominately Muslim, basically all ethnic Malays, around 60% of the population, adhere to Islam. According to a study in 2010/12 with more than 1000 respondents the FGM rate among Muslim women is as high as 90%. Among them 82% named religious obligation when asked for their motivations to practice FGM. This corresponds with slightly older regional studies; a study for Kelantan in the north of Malaysia found all the participating 262 women had undergone FGM; a study in five villages in rural northern Malaysia found 597 women out of a total of 630, who experienced FGM.

This strong link to religion can be explained when looking at the position of religious authorities in Malaysia which adhere to the Shafi’i law school of Sunni Islam. In 2009, the Fatwa Committee of Malaysia’s National Council of Islamic Religious Affairs ruled that “female circumcision” was obligatory for Muslims but if harmful must be avoided – this is in accordance with Shafi’i rulings elsewhere. In the govermental e-fatwa it says: “Kharan is not FGM. khatan is circumcision – removal of the clitoral hood.” 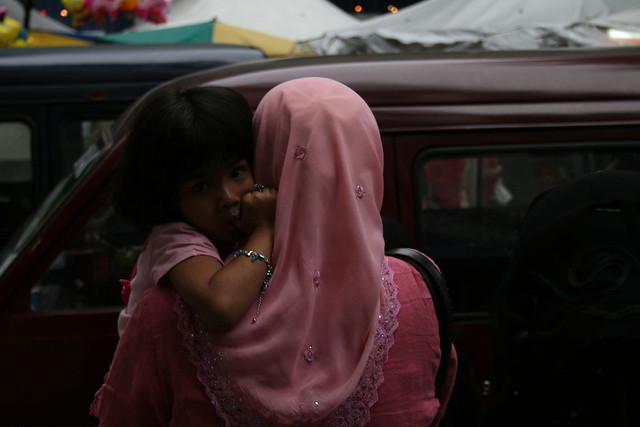 The trend seems to be a “medicalisation” of FGM as more professional health personal is engaged in the practice. According to personal accounts like by this father the practice is regarded as “normal” and common among health professionals. Currently, the health ministry reportedly develops guidelines to reclassify FGM as a medical practice.

In response to criticism of the practice from local or international actors, it is often pointed to the mere symbolic value of the commonly practiced “pricking”. However, just as in Indonesia studies suggest that in many cases the so called “pricking” (FGM type IV) is far exceeded and could well turn out to be FGM Type I in half of the cases upon medical examination. According to a malaysian study, the equipment used by midwives are penknives (60%), small scissors (33%), needles (6%) and nail clippers (0.2%). For Malaysia no studies have looked into the changes resulting from medicalisation, but it could well be assumed that the development is similar to Indonesia were health professionals cut deeper than traditional midwifes – anecdotal evidence suggests a similar development in Thailand. The general problem with that “symbolic” cut is: who guarantees that it is really just symbolic? And what if the practice changes?

As it is in general the case with FGM and its origin, the historical data concerning the development of FGM in the region are vague; nevertheless, a historical study suggests, that cutting the female genitalia was introduced to Southwest Asia from the 13th century onward through the spread of Islam. It was presumably part of the conversion process. This theory seems plausible since the main Muslim religious and cultural influence in the region came from the Eastern part of the Arab peninsula, where till today in Yemen and Oman FGM is common.

The historical development of FGM is not a purely academic question; noting that this “tradition” did not exist since ancient times but was actually part of what was then perceived as a civilization process reminds us, that the “tradition” of FGM is subject to fundamental changes and can also change nowadays completely – in both directions. Today, it can be observed in Malaysia that the practice seems to become fashionable in urban middle class circles. In this, the spread of a more fundamentalist – and modern – Salafi style Islamism seems to play a role in its dissemination into urban areas.

Dina Zaman, FGM: It happens in Malaysia too, The Malaysian Insider, Febuary 3, 2011

Maznah Dahlui, The Practice of Female Circumcision in Malaysia

A Rashid, S Patil, A Valimalar, The Practice Of Female Genital Mutilation Among The Rural Malays In North Malaysia, The Internet Journal of Third World Medicine, Volume 9, Number 1