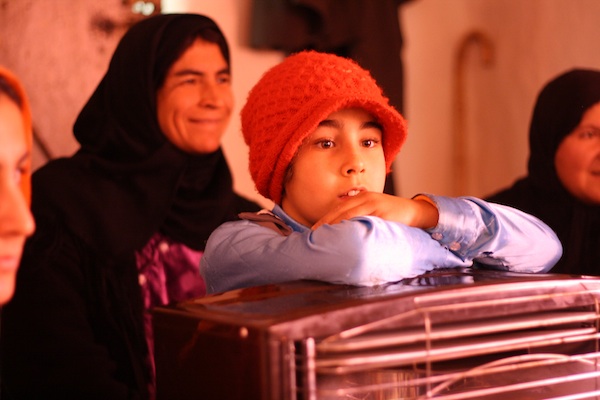 In 2004, WADI’s mobile teams discovered in meetings with village women in the region of Garmyan that FGM was not an overcome tradition, but an ongoing practice. A pilot study gave evidence that 907 out of 1544 questioned women were victims of FGM.

The staff of WADI’s Garmyan team were shocked by their discovery. Following the evidence that FGM is widespread in northern Iraq, WADI’s staff initiated the first campaign against FGM in the country. Local mobile teams found out that FGM in northern Iraq is usually practiced by female family members or traditional midwives on girls aged between 4 to 12 years. Instruments like razors and knives are used to cut girls’ clitoris according to the “sunnat excision”, i.e. the excision according to the tradition of the prophet. The wound is usually covered with ash to stop the bleeding, but no drugs are given. Sometimes girls have to sit in a bowl of icy water.

Women justify this practice either by religion, tradition or medical reasons. Uncircumcised girls are not allowed to serve water or meals. Many women believed that their daughter would not be able to get married uncircumcised. Most of the women were not aware of the long-term medical and psychological consequences of FGM.

In 2010, WADI published a study on FGM in the Kurdish region of Iraq, which found that 72% of women and girls were circumcised. Two years later, a similar study was conducted in the province of Kirkuk with findings of 38% FGM prevalence giving evidence to the assumption that FGM was not only practiced by the Kurdish population but also existed in central Iraq. According to the research, FGM is most common among Sunni Muslims, but is also practiced by Schi’ites and Kakeys, while Christians and Yezidi don’t seem to practice it in northern Iraq.

In February 2006, WADI organized the first Iraqi conference against FGM in Arbil, which was successful in attracting the interest of the Kurdish Regional Government (KRG). WADI’s campaign „STOP FGM in Kurdistan“ obtained more than 14,000 signatures for a petition to ban FGM. It was presented to the Kurdish Regional Government (KFG). Recommendations for a law to ban FGM in Iraqi Kurdistan were prepared by local lawyers and members of WADI’s mobile teams. They were presented to the KRG and the Kurdish women’s parliament in spring 2007. At first, parliamentarians were hesitant to discuss the topic. Female Genital Mutilation (FGM), like sexuality in general was considered an absolute taboo in Iraqi-Kurdish society. Finally, in 2010 the Health Ministry of the KRG published its own study according to which 41 percent of women were mutilated. In June 2011, the bill against domestic violence banning FGM was passed by the parliament of the Kurdish Autonomous Region.

While FGM is now outlawed in the Kurdish Autonomous Region it is still legal in central Iraq. Together with the Iraqi Women’s organization Pana, WADI is now lobbying for a law banning FGM in central Iraq. On Feburary 6th 2013, the International Day of Zero Tolerance against FGM, Pana activists handed a draft law to parliamentarians in Bagdad.

The major reason for the persistence of this practice is the lack of education and information among the women population. A majority of Kurdish women is illiterate. Findings show: The higher the educational level, the lower the FGM rate. In addition, sexual education is generally not provided to girls and boys by their parents. Youngsters generally marry without any idea about sexuality. Therefore, education is a key in combatting FGM.

In cooperation with the local filmmaker Nabaz Ahmed WADI produced an awareness film and several TV-spots about FGM. The film is shown daily by WADIs mobile teams across northern Iraq, giving information and an opportunity to discuss the problem. In the discussions, participants are encouraged to join the FGM-Free Community Programm. The governement fascilitated the regular screening of the TV-spots on various Kurdish channels. This gives extra credibility to WADI’s campaign.

By now, seven villages have given up FGM entirely and joined the Programm: When all villagers agree and among them especially the women, the “anjuman” (major) signs a document stating that he will take responsibility for keeping his village FGM-free. A sign-post is set up which declares the village FGM-free. As a reward, the village receives small services, such as health and literacy trainings, a bus service to the next school for the childern or a community meeting place.

Not only the villagers have to be convinced of the harms FGM does to their daughters. Midwives play an important part as practicioners. They see their status and income diminish with the campaign against FGM. Thus, any sustainable struggle against FGM must take their interest into account. Since February 2013 WADI organizes workshops for midwifes enhancing their medical skills and teaching them about the new law on domestic violence which prohibts FGM. Like the anjuman the midwives sign a document at the end of the workshop promising to refrain from practicing FGM in the future.

In July 2012, Wadi launched an FGM Hotline which provides social, psychological, medical and sexual advice to FGM-affected women throughout the region. According to WADI’s assessment based on day-to-day experience of its Mobile Teams, there is a considerable need for (anonymous) information and help among the victims and prospective victims of FGM.

A recent study shows that FGM rates have been dropping rapidly in regions targeted by the campaign. A documentary by BBC and Guardian tells the Iraqi-Kurdish success story.

Female Genital Mutilation in Iraqi-Kurdistan – an empirical study by Wadi, 2010