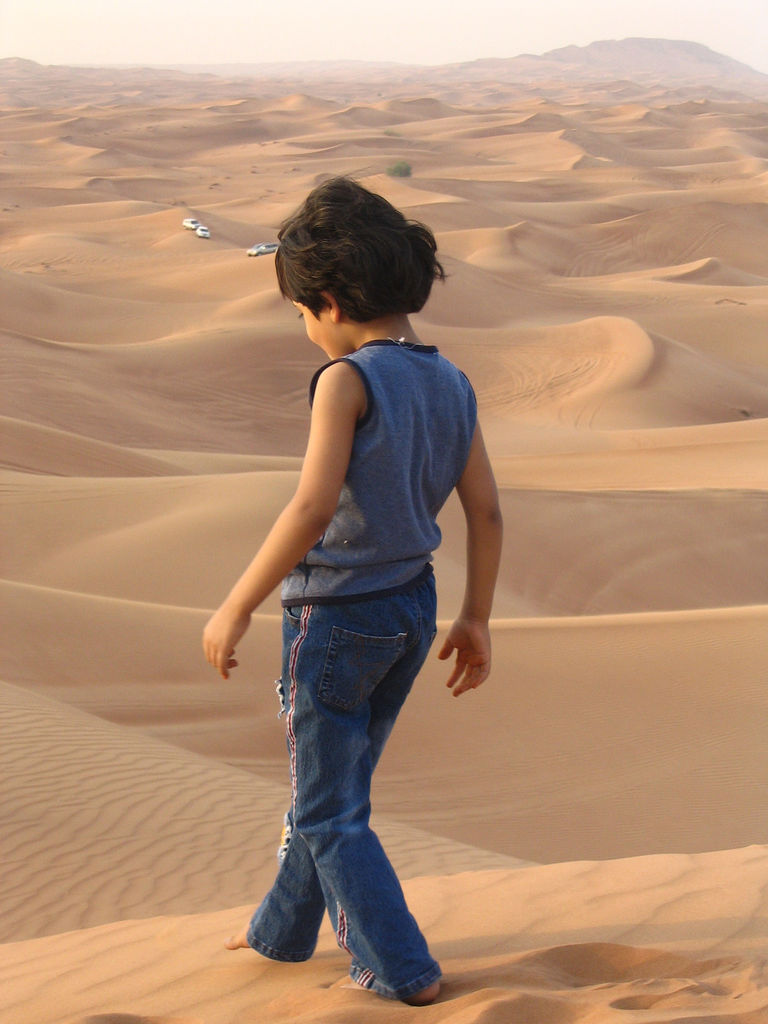 The situation in the United Arab Emirates is quite similar to that of many Gulf countries. A seemingly modern and educated society exists next to and often within tribal structures. While the medical knowledge about FGM being harmful is available to most, the subject is not talked about as anything connected to sexuality remains a taboo in this conservative society.

While FGM is banned in government hospitals, some tribes see it as a must and therefore have their girls circumcised by traditional means, e.g. by traditional birth attendants. In these tribes women will be looked down upon if they are not circumcised and will have little chance to find a husband within the community.

In 2011, Wafa Marzouqi, a character designer and communications graduate conducted a survey on FGM for her graduation project which was published in the Women’s College Magazine “Desert Dawn”. She questioned 200 Emiratis from both sexes and found that 34 percent of the female respondents were circumcised. Of those circumcised 40 percent were in favor of the practice and planned to circumcise their daughters in the future. 82 percent of all female respondents opposed FGM, while 99 percent of men were against it.

In addition to local tribes practicing FGM the U.A.E. hosts many immigrants coming from countries where the practice is known to be wide spread. Apparently, doctors and clinics are offering the procedure to customers also from other countries. In the U.K. researchers have found that some migrants fly their daughters to Dubai to have FGM done “safely”.

British girls flown to Dubai and Singapore for medicalised FGM, The evening standards, 14.5.2014