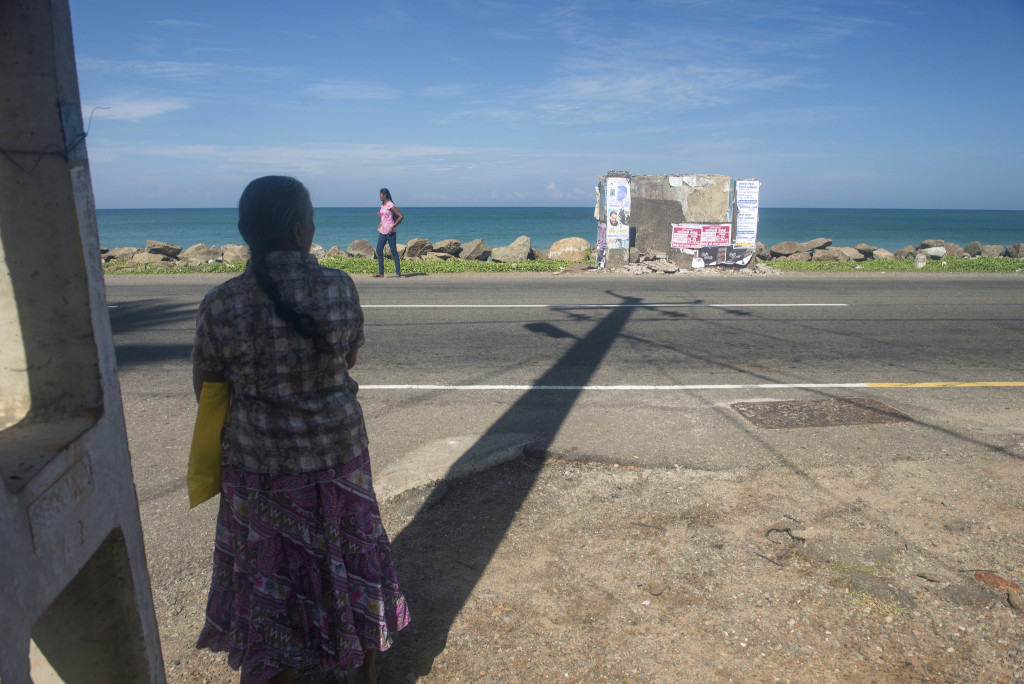 Waiting for the bus in Sri Lanka by Brett Davies

FGM is prevalent, but strictly tabooed in Sri Lanka. Among the Muslim communities, which make up less than 8% of the population, FGM is seen as obligatory. According to an article by IPS News small-scale studies and anecdotal evidence claim that 90% or more of the girls undergo the ritual on the 40th day after birth.

Usually FGM is done by a traditional “Osthi Mami”, or an elder female who is also responsible for other rituals like shaving the babies’ head. She touches the clitoris with the blade of a knife, slices it or removes it.

According to other observers the needle prick seems to be quite common. Assif Hussein, a staunch proponent of female “circumcision”, criticizes this “symbolic gesture”: “When my wife and I visited some traditional practitioners of the procedure in Sri Lanka for gathering information for my book Sarandib, we found that although it was widespread in this country and regarded as obligatory, the operation for the most part consisted of a laceration in the area of the clitoris so that a little blood appears.” Hussein also mentions that the Sri Lankan Islamic Amana bank states in its Guide to Childbirth “Circumcision is prescribed for both males and females.”

Even though Sri Lanka has no law against FGM it happens underground and hidden from the men’s eyes while older relatives assist holding the girl down. Seemingly, mothers don’t attend the ceremony. As a study by the UN Economic and Social Commision for Asia and the Pacific (ESCAP) found: “Though the women confirmed that their daughters were subject to this ritual, none of those interviewed had participated in the ritual itself nor witnessed the procedure.“

The mothers book and pay the Osthi Mami because they believe that her service is obligatory in their religion, necessary for a girl to become a wife and helpful for hygiene. After being returned from the Osthi Mami it is the mothers duty to pacify the daughter, caress her, spoil her with some sugar and keep her save and the wound (if there is any) clean.

Among the Dawoodi Bohra, a small Muslim sect who came from India and Pakistan to Sri Lanka, it is common that the future in-laws demand from the bride a certificate of FGM before marriage. It is reported that girls can bring this certificate without having FGM done if they can afford private medical service. But FGM is not only practised among this religious group but also among the descendants of the Malayan women who came to Sri Lanka as wives of Arab salesmen in the early 19th century. Apparently the rituals of these different groups mixed but to evaluate the specifics of each group would need more data than available.

While many boys and men never get to know that genital cutting is performed on their wives, sisters and daughters, other gender based discriminations are considered normal. The study from ESCAP compares harmful traditional practices in three asian countries and finds that FGM in Sri Lanka mixes with virginity tests, rules especially for menstruating women, son preference, early marriage, strict laws against abortion and caste discrimination.

UN Ecoconimc and Social Commission for Asia and the Pacific: Harmful traditional practices in Three Countries of South East Asia,19.11.2012

General situation of being female in Sri Lanka