13.6.2014. Hivos. For ten years, Hivos partner WADI has been campaigning against female genital mutilation (FGM) in Iraqi Kurdistan. Director Thomas von der Osten-Sacken finds that communities are slowly but surely turning away from this degrading tradition.

Not an ‘African problem’

The Iraqi-German human rights organisation WADI first came upon the harrowing consequences of FGM in the Kurdish Autonomous Region through its mobile teams. “At that time, it was thought that FGM barely existed in Iraq. FGM was seen as an ‘African problem’,” says von der Osten-Sacken. “Right now in publications people talk of about 140 to 160 million women who have been genitally mutilated worldwide. But Indonesia – the country with the largest Muslim population in the world – is not included, and it is estimated that about 80 percent of women are circumcised there. If you add Iraq, Iran, Oman, Yemen and Malaysia, you come to the conclusion that the number of victims of FGM is probably twice as high.” 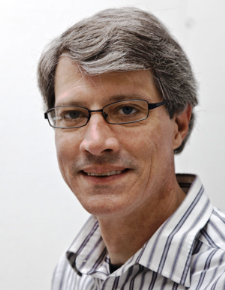 Von der Osten-Sacken gives several reasons why it took so long before the existence of FGM in the Middle East was recognised. “In Africa, FGM is practiced by Muslims, Christians and pagans, but east of the Suez Canal FGM seems to occur only amongst Muslim populations. And in general, people are afraid to set off religious discussions. Moreover, the UN can only start an investigation into the widespread occurrence of FGM when a national government is open to this. And the authorities in the Middle East do not want this issue to be discussed publicly. In addition, there is only a limited part of civil society that can criticise FGM.”Von der Osten-Sacken does not think it a coincidence that Iraqi Kurdistan is at the forefront in the fight against FGM. “Saddam Hussein lost power here back in 1991. There is a relative degree of freedom.” In 2007, WADI started a petition calling for a legal ban of FGM in Iraqi Kurdistan. “This was a breakthrough for the region. For the first time citizens exercised influence on the democratic process through a petition.” With the introduction of Law No. 8 in 2011, the Kurdish parliament banned various forms of violence and oppression towards women, including honour killings, child marriage and FGM. Von der Osten-Sacken says this sparked a religious debate on female genital mutilation, “Some clergymen were opposed to the law and started their own petitions for the preservation of FGM”.

But the fight against FGM cannot be waged by laws alone; it is the citizens themselves who must be willing to eliminate the tradition. This is why WADI is working to establish “FGM-free communities”. Village elders and other community representatives are asked to reject FGM by signing a contract. WADI’s mobile teams invest considerable time in building a relationship of trust with the villagers. WADI not only focuses on FGM, but also the health and education needs of the local population. Von der Osten-Sacken tells us that for example, in one of the FGM-free communities, transportation was also arranged for girls to go to school in the next village down the road. “Later on we later noticed that mayors were convincing other mayors in surrounding villages to sign the contract, thus creating a snowball effect.”

“The fascinating thing about the Kurdish campaign,” adds Von der Osten-Sacken, “is that men play an important role; their marriages and sex lives also suffer as a result of FGM, which takes away all sexual desire from their wives. In addition, some girls are cut without their father’s knowledge, as the tradition is in fact practised by women.”

In the areas of Iraqi Kurdistan where WADI campaigns against FGM, the percentage of girls circumcised has dropped dramatically in recent years. “In some villages where once all the girls underwent FGM, the number has now dropped to 40 percent. We are noting that slowly but surely, attitudes are changing towards both FGM and other forms of oppression against women, such as honour killings.”

WADI’s projects in Iraqi Kurdistan and northern Iraq receive financial support from Hivos. In addition, Hivos and WADI started in early 2013 a joint campaign against FGM in the Middle East and Asia. And this year (2014) for the second time, Hivos and WADI organised an international conference on FGM in Istanbul. Source