According to a new study from Oman, female genital mutilation constitutes a widespread phenomenon in Oman in all age groups, and among women from all regional and educational backgrounds. Out of 100 women questioned 78 stated to be “circumcised” (they were asekd if had undergone “khatana al banat”). The human rights activist and statistician Habiba Al Hinai conducted the study “Female Genital Mutilation in the Sultanate of Oman” in cooperation with Stop FGM Middle East for which she interviewed 100 female and 100 male participants in hospital waiting areas, shoppings malls and fast food restaurants in the capital Muscat.

The practice of female genital mutilation was long only considered prevalent in the Southern region of Dhofar with only small pockets in the North. Thus, it is most notable that the participants in this study originated from Northern regions with only two coming from Dhofar. The highest prevalence of FGM seems to exist in the regions Sharqiya North and South (18 out of 19), the Dakhiliya (11 out of 13) and the coastal Batina region (33 out of 38 questioned). Participants who originate from Muscat were less likely to be circumcised, but still more than half of the participants were affected. 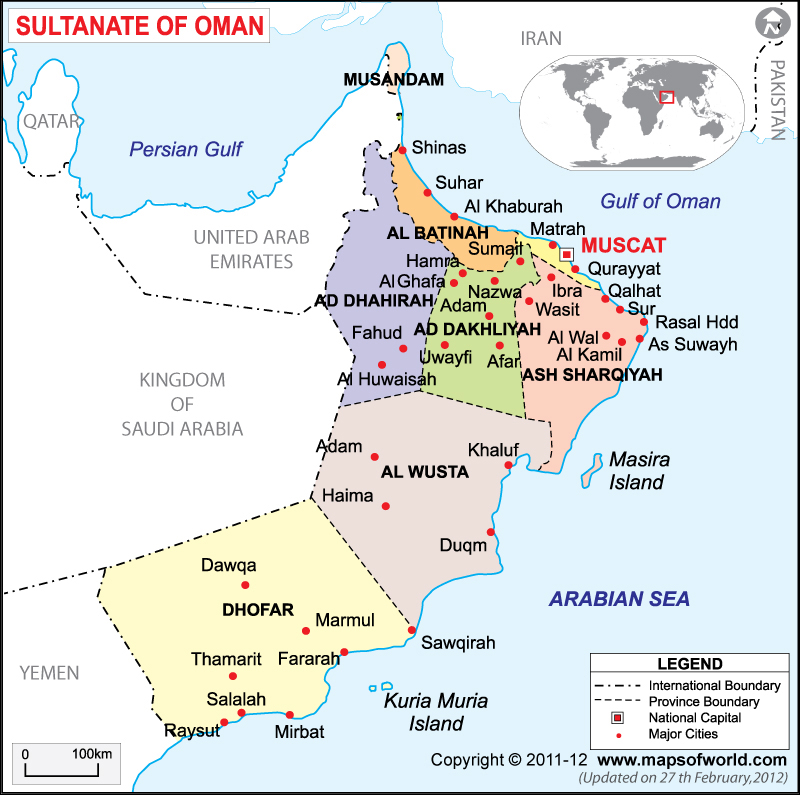 About one fourth of the women said they were “circumcised” in the first months after birth, half of them were mutilated at the age of 1 to 5, and another third between 5 and 10 years.

Opposition against and support for the continuation of the practice were balanced. Out of 100 women 55 supported the practice. Among the men a small majority expressed their opposition.

Particularly men seemed well informed about disadvantages on one hand and religious arguments pro FGM on the other hand.  Religion constitutes an important reason for the continuation of FGM especially among women. 53 out of 100 women believed that Islamic teaching supports female circumcision. Among the men only 21 were of this opinion.

Interestingly, Sexuality played a more important role in arguments contra FGM than health arguments. Several men worried about frigidity and not being able to satisfy their wife.

Family pressure seems to be high at least in some parts of society with several participants stating that they had to protect their daughters from the family’s pressure to circumcise her.

By hannahcaroline36 in News, Project Updates on 2014/01/22.
← Mufti of Oman: “We can’t describe it as a crime against women” Australian girl circumcised in Indonesia →