Home » News » PREVALENCE OF AND SUPPORT FOR FEMALE GENITAL MUTILATION WITHIN THE COPTS OF EGYPT: UNICEF REPORT (2013)

PREVALENCE OF AND SUPPORT FOR FEMALE GENITAL MUTILATION WITHIN THE COPTS OF EGYPT: UNICEF REPORT (2013)

In a previous article, I surveyed Egypt’s statistics in respect of the prevalence of and support for female genital mutilation (FGM) as revealed in the UNICEF’s document, published in July 2013, Female Genital Mutilation/Cutting: A statistical overview and exploration of the dynamics of change. The figures given are concerned with Egypt as a whole, and so when the percentage of 91% is given as prevalence of FGM in Egyptian girls and women in reproductive age, that is between 15 and 49 years, it does not differentiate between Muslim and Christian Egyptian girls and women.  Now, I am going to try to find the statistics relevant to the Coptic Christians.

When the UNICEF published its general figures about Egypt as a whole, it made use of the Egyptian state Demographic and Health Surveys of the years 1995, 2000, 2003, 2005 and 2008; however, when separating figures by religion, it used only the latest DHS 2008. This survey studied some odd 900 individuals. We do not know how many Copts were represented in that sample, and so there are criticisms about its accuracy when it comes to the Copts.  There is a real need to study the Coptic community separately, using large samples, and asking more relevant questions.

But let us use what we have in the UNICEF’s Female Genital Mutilation/Cutting. The first thing to note is that the prevalence of FGM in the Copts is lower than that in Muslim Egyptian society but, nevertheless, it’s still high: 92% in Muslims and 74% in Copts, a difference of 18%.

Figure 1: Percentage of girls and women aged 15 to 49 years who have undergone FGM, by religion 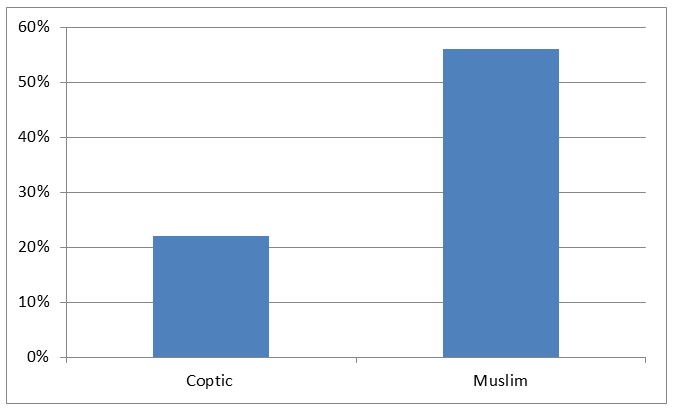 Figure 2: Support for the continuation of FGM among girls and women in Egypt, aged 15-49 years, by religion[1]

Figure 3: Support for the continuation of FGM among boys and men in Egypt, aged 15-49 years, by religion[2]

This is not to demonise one group over the other but it’s an attempt to study the prevalence of and support for FGM within the Copts, an essential matter for us to know where we stand on FGM. The strategies that one can employ to end FGM must differ to some extent in each group. The problem of FGM in both Muslims and Copts, despite the noticeable difference in prevalence, is huge. Further, the mechanisms by which FGM endures in each community are different. In my opinion, the FGM problem within the Muslim society is religious[3] and social – in the Coptic society the forces that work to sustain it are social and not religious. One hopes that the lesser support for the FGM within Coptic communities, together with the support of the Coptic Church, which clearly condemns the practice[4], and the activism of Coptic civil society, will end this child abuse. The Coptic nationalists strongly condemn it, inter alia, as an alien tradition and a produce of Arabisation and Islamic assimilation[5] that must be resisted by all means.

Our efforts must not undermine the general Egyptian attempt to eradicate FGM from Egypt. Muslim girls and women concern us no less than Coptic girls and women. But by better understanding of the variation in prevalence of and support for FGM within the Muslims and Coptic Christians of Egypt, the causes of its endurance, and the strategies we should employ to tackle the problem, we will be more successful in our common efforts to end this barbaric tradition.

[3] It is not the intention of the writer to talk about the religious support in Islam for FGM but there must be no doubt that Muhammad’s traditions support FGM as is the Shafii School of Islamic Jurisdiction that is widespread in Egypt. The UNICEF report gives a figure of 52% of Egyptian boys and men (15-49 years) and 49% of Egyptian girls and women (15-49 years) who regard FGM as a religious requirement (see p. 73). Again, 72% in DHS 1995, 73% in the DSH 2000, and 72% in the DHS 2003 of ever-married girls and women aged 15 to 49 years in Egypt agreed with the statement that “FGM is an important religious tradition (see p. 95). This, in this sense, let’s agree, is a Muslim problem that needs to be tackled religiously.

[4] The reader is advised to read: The Position of the Coptic Church on Female Genital Mutilation.

[5] For these two processes, go here.

By hannahcaroline36 in News, Press Review on 2014/03/14.
← Stop FGM in Kurdistan: An Interview with the Activists MALDIVES: Cleric calls for FGM on Islamic grounds →