3.2.2015. On the occasion of International Day of Zero Tolerance for FGM, we are featuring a background on the practice of FGM in the province of Hormozgan in Southern Iran. Our partner Rayehe Mozafarian who has done a study in that region is reporting about her encounters with traditional midwifes.

Minab is a city in and the capital of Minab County, Hormozgan province, Iran. The population are mainly Shia`a Muslims but a Sunni minority does exist. 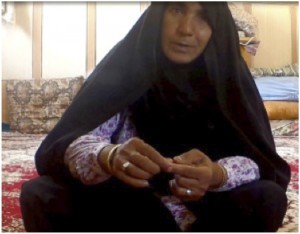 Women’s circumcision is one of the health problems in some societies. It is the excision and removal of different sections of women’s genitalia based on cultural aims or nonmedical reasons, which are done in four different grades.

More than 13 years ago, Homa Ahadi published a study about “the prevalence of FGM in Minab”. This study was performed to determine the knowledge and attitude of women in fertility age in Minab about women’s circumcision in the year 2002. In this descriptive-analytic study, 400 women in Minab health centers were selected as samples by non-accidental and objective-oriented sampling. Needed data were gathered by a researcher-made questionnaire to assess knowledge and attitude through a semi structured interview and also by checklist. Data were analyzed by T-test, chi-square and one-sided variance analysis. Prevalence of circumcision were 70%. Between them 87.4% were grade one and 12.6% were grade two. Mean and standard deviation of knowledge number in circumcised group were 2.1 ± 1.6 and in uncircumcised group were 3.05 ± 1.7. The knowledge level in majority of samples were weak and their attitude were «No Idea». Results indicates the necessity for informing people in the region and raising awareness about FGM. 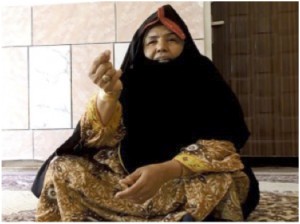 Following this research, I traveled to several villages in the area to find more information that FGM is still happening there or not. The most important factor in promoting this tradition can be considered the presence of women in the name of Daye and mothers who still tend to circumcise their daughters. There are restraints on factors that can help to stop this practice in the areas of: public awareness through the media, doctors, teachers and above all religious leaders.

Although Female Genital Mutilation continues to varying degrees in Hormozgan province, but some other local Daye are not engaged to perform this action any more. In an interview with some Dayes they claimed that about thirty years ago they were eager to do this, but because of the advices of doctors and Shiite religious local leaders this operation is not common anymore at this time, although they use their skills for maternal health care for pregnant women. Most of them explain the way they conduct the operation with their hands and the tip of the index finger. They cut a small part of the tip of the clitoris. The prevalence of FGM in Iran can be estimated to be much higher among the Sunnis than among Shiites. In the villages with Sunni population, most of girls still circumcise in the name of tradition. The highest prevalence of FGM in Iran is estimated in Hormozgan province and on Qeshm Island. There is at least one Daye in most villages of this island who have enough experience to circumcise.

During my travel for finding more information about FGM, I understood that the driver and his wife are Shiites and they have decided to circumcise their 4 years old daughter. Daye refused them two times because the size of her clitoris was not big enough and it was “not ready yet”. I went to visit the Daye with the Driver`s wife and their daughter. This Daye is Sunni and still circumcises the girls. She believes that although circumcision is not mentioned in the Quran girls should be circumcised like boys.

Razor and betadine are the tools which she uses. She explains that she cuts the skin piece of the tip of the clitoris. The place of cutting is slightly bleeding. Then she cleans the clitoris with alcohol and betadine. It will be burning during urination for 3 or 4 days. She believes that FGM leads the girls to become true Muslims and during their lives, they can read the Quran and the food and water that is taken from them, is lawful. She circumcised their daughters too: “I circumcise my daughter then the other girls, I circumcise my granddaughters then the others. In this tradition, there is no difference between Sunni and Shiite. The followers of both religions circumcise their daughters.” She takes 1.5 dollars for each operation. If someone cannot pay this amount, she will do it for free.

Most Daye have learned to do FGM from their mother or grandmother, because there was no doctor and physician in the past. The girls are circumcised at different ages and this difference depends on how large or small the clitoris is. 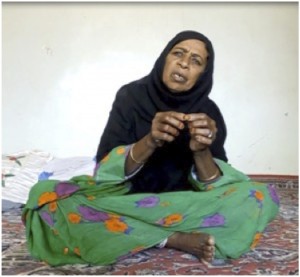 I asked the driver`s wife why she so insists on circumcising her daughter? She explains that because this operation is an ancient tradition and “I like to circumcise my daughter as I was circumcised.” She also believes that this tradition is used to prevent caprice. She says: “The person must be satisfied to work with razor”.

6th of February is an International Day of Zero Tolerance for Female Genital Mutilation. 29 countries are on the list of countries where this practice is still widespread. Iran and more than 10 other countries are not considered on the list of WHO and UNICEF. In some areas of south and west of Iran FGM is still happening. But some articles projected in the Penal Code can be used to criminalize FGM:

Article 704: Removing the power of male reproduction or ejaculation or removing women pregnancy or eliminate sexual pleasure is liable to Arsh*.

Arsh: The amount of money as financial compensation or body that is not specified in the law and will pay to damaged person.

Diyya is the financial compensation paid to the victim or heirs of a victim in the cases of murder, bodily harm or property damage. It is an alternative punishment to Qisas (equal retaliation).

Article 708: The elimination or permanent or temporary impairment of the senses or other interests, Such as touch, sleep and periods as well as the creation of diseases such as tremors, thirst, hunger, fear and fainting is liable to Arsh.