15.12.2014. By Stop FGM Middle East. The short film “Almond” tells the story of Awat a young Kurdish woman in Iran who is struggling with the consequences of female genital mutilation (FGM). When she has to marry, she stops talking entirely which soon becomes the main subject of the village talk. The director Mokhtar Masoumian spent six months to collect information about FGM in Iran, consulting and taking advice from experts and spend over 16 thousand dollars personally to realize the project.

The existence of FGM in Iran is a well-kept secret. Only recently a discussion started on a national level about the tradition which is most prevalent in the provinces of Kurdistan, Western Azarbaijan, Kermanshah, Illam, Lorestan and Hormozghan. Outside of Iran, it is practically not known at all that the gruesome practice of cutting a girl’s clitoris is common there. 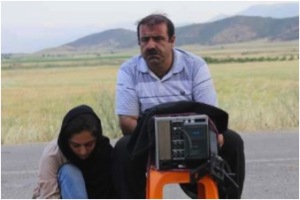 By hannahcaroline36 in News, Project Updates on 2014/12/15.
← FGM in Iran: Blade of Islam or patriarchal custom – an interview with scholars, activists and survivors Orchid Project: FGC in Iraqi Kurdistan →