Female Genital Mutilation in Iran: Prohibited but not persecuted

4.3.2014. The gender researcher Rayeheh Mozafarian has tackled the issue of female genital mutilation (FGM) in Iran in a new scientific study. Sie demands an open discussion about the problem to stop the practice.

Rayeyeh Mozafarian who is working at the University of Schiraz conducted interviews about FGM in several Iranian provinces between 2007 and 2009. Yet, only recently was she permitted to publish her study after waiting for five years. According to her research 70 percent of female circumcisions are taking place in the provinces Kurdistan, West Aserbaidschan, Kermanshah, Ilam, Lorestan and Hormozgan. The practice can be found among both Shia and Sunni Muslims. 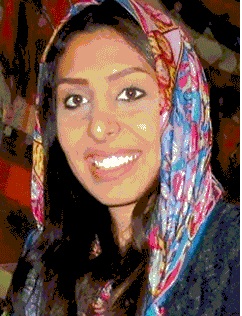 Mozafarian had to overcome some difficulties in the beginning breaking the silence surounding the topic which is considered a taboo. “Especially in the Kurdish regions I did not get answers to many of my questions,” the researcher writes in her book. For this reason her study can not provide reliable data about the general prevalence of the mutilation practice.

Despite these hindrances Mozafarian was able to collect valuable information. She found that most circumcisions are carried out at the homes of the victims. The parents of the girl usually invite a midwife to carry out the procedure – often “without anaesthetics and under very unhygienic circumstances”, according to the researcher: “Most of the unqualified midwifes use a simple razor blade.”There is a simple reason why FGM is carried out in private houses by midwifes and not by surgeons in hospitals: Even though Iranian penal law does not specifically mention FGM, the mutilation of body parts is clearly punishable. Mozafarian writes: “Despite the practice being liable to prosecution, practically nobody is charged… No victim files charges against her own parents.”And those women who were circumcised when adults keep quite out of conviction and “accept the mutilation as a religious necessity as demanded by local religious authorities.” These women would also have their daughters circumcised.Mozafarian therefore demands to tackle FGM in awareness campaigns. “If the women would be informed about health risks and about their rights as women, they might resist the practice. But until now the topic is neither picked up by the Ministry of Health nor discussed in public”, says the researcher. Yet, as long as the topic is considered a taboo, the continuation of the practice can’t be stopped. She believes that pressure must also be asserted on religious authorities to condemn the practice. “Because the mullah’s authority is highly respected especially in small cities and villages.” This view is supported by the answer one midwife gave in the study: “If the Mullah would tell me that it is wrong to circumcise women, I would never do it again.”This article is based on information in an article in German by Jashar Erfanian first publisehd on Transparency for Iran