After numerous reports on FGM in Hormozgan by various associations and publishing materials, finally one of the provincial governors of Hormozgan acknowledged the problem and announced to act:

Director General of the Office of Social and Cultural Affairs of Hormozgan Governorate has stated that we will have meetings with scholars on FGM of girls. END_OF_DOCUMENT_TOKEN_TO_BE_REPLACED

Despite some successes in ending FGM among Kurdish people in Iran the rate of abandonment has been slow. Based on Osman Mahmoudi’s and Elham Houseini’s study on Psychosexual complications of Female Genital Mutilation for couples, published recently in the Journal of Kermanshah University of Medical Sciences, the couple developed now a new approach to the abandonment of FGM. The Osman Project (OP), named after the reseacher and initiatator of nongovernmental activities that promote mental health and development of women and girls in Uramanat region of Kermanshah province, started in 2010 in Javanroud, and later in Salas, Paveh, and Ravansar. OP’s main goal was to overcome the negative biases against couples and instead involve these couples in community efforts to improve the health and well-being of women and children. END_OF_DOCUMENT_TOKEN_TO_BE_REPLACED

Six year old Girl died in Iraqi-Kurdistan after being mutilated

30.5.2017. Athough Female Genital Mutilation is banned by law in Iraqi-Kurdistan since 2011 and numbers of newly mutilated girls are dropping significantly since then, still many girls are subjected to this cruel practice. END_OF_DOCUMENT_TOKEN_TO_BE_REPLACED

Day of Zero Tolerance to FGM: Progress in Asia

February 6th 2017. On the seventh official International Day of Zero Tolerance to female genital mutilation (FGM), it has been 13 years, that WADI first brought the issue FGM happening in Asia, in this case Iraq, to the international agenda. In this last decade WADI’s campaign against FGM in Iraq has yielded great success as a recent study by the Heartland Alliance in cooperation with Unicef and the High Council of Women Affairs shows. The rates of FGM in Northern Iraq have decreased dramatically when comparing mothers and daughters. Among mothers surveyed 44,8% reported to be cut compared to 10,7% of their daughters. The success of a comprehensive campaign becomes even more evident when looking at the figures of regions where WADI’s campaign started and has been going on since more than ten years: In the region of Halabja only 1.1% of daughters are cut today in comparison to 40% of mothers. END_OF_DOCUMENT_TOKEN_TO_BE_REPLACED

A study by the Heartland Alliance in cooperation with Unicef and the High Council of Women Affairs shows a dramatic decrease in rates of female genital mutilation (FGM) in Northern Iraq when comparing mothers and daughters. Among mothers surveyed 44,8% reported to be cut compared to 10,7% of their daughters. Results also show a direct link between campaigning and decline of rates. Religion remains a major factor among those who continue the procedure on their children.

END_OF_DOCUMENT_TOKEN_TO_BE_REPLACED

26.10.16. Our partner Rayehe Mozafarian made a short film about FGM in Iran which shows that it is still done in the villages to curb a girl’s lust and desire. But the tradition is fading because apparently some Mollahs have recommended to stop it (with English subtitles). 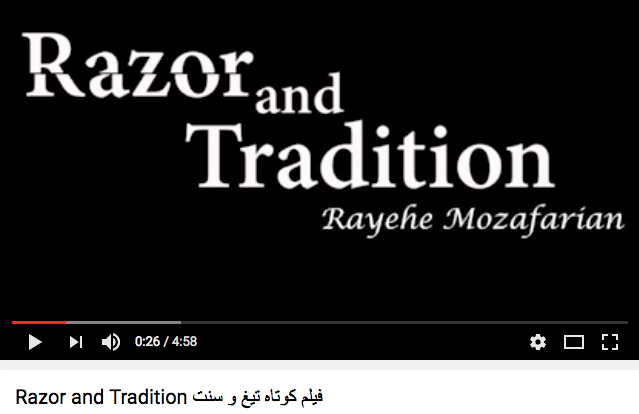 11.8.2016. By Stop FGM Middle East. A recent survey among Sunni religous scholars in the Iranian province of Kermansheh shows that a majority of them (67%) believe that “female circumcision” is religiously obligatory or at least recommended for girls and women. In this province in the West of Iran, female genital mutilation (FGM) is practiced by Sunni Kurds who adhere to the Shafi’i law school. Many of them believe that Islam commands them to have their girls cut. END_OF_DOCUMENT_TOKEN_TO_BE_REPLACED

How a religious ruling seems to have stopped FGM in the 1950s in Ahwaz, Iran

9.8.2016 By Stop FGM Middle East. Two new studies shed more light on the practice of Female Genital Mutilation (FGM) in the Middle East. For the first time, a study explores whether FGM is practiced in Syria – and comes to the conclusion that no evidence of its existence can be found.

Another study explores the history of FGM in the region of Ahwaz in the South-Western Iranian state of Khuzestan. Through talking to older women the PhD-student Susie Latham found that FGM was common in this region but has been abandoned completely without any official program in place. Furthermore, she found that it was first replaced by a milder form before the practice was stopped entirely.

END_OF_DOCUMENT_TOKEN_TO_BE_REPLACED

Iran: New book about FGM is distributed among health workers

5.7.2016. By Osman Mahmoudi. The practice of female genital mutilation (FGM) affects Kurdish women and girls in the Iranian province of Kermanshah and continues within a complex web of social, cultural and economic justification. It is medically unnecessary and has adverse physical, sexual and psychosocial consequences. END_OF_DOCUMENT_TOKEN_TO_BE_REPLACED

More than 7000 communities across Africa are working to abandon FGM. But there are some other countries in the Middle East and Asia where FGM is also common as a tradition. Despite the efforts of some organizations in the Middle East and Asia mutual cooperation between the respective governments and international organizations is difficult in some countries such as Iran, Saudi Arabia, Pakistan and etc. END_OF_DOCUMENT_TOKEN_TO_BE_REPLACED