Home » News » Good news from Iraq, not so good from Egypt

Good news from Iraq, not so good from Egypt

Short Report from the 3rd Middle East conference on FGM

26.11.2018. There is a lot done in Iraq and a lot to be done in Egypt – that could be the very brief summary of the two-day expert meeting on female genital mutilation (FGM) in the Middle East. It was the third of such meetings – the first two were organized by Wadi and Hivos in 2012 in Beirut and 2014 in Istanbul. This time UNFPA took the lead in cooperation with the Swedish Institute, inviting to the meeting on November 19th and 20st to Alexandria, Egypt. 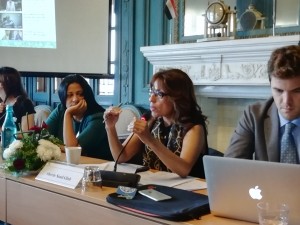 UNFPA organized the third regional expert meeting in the beautiful building of the Swedish Institute in Alexandria.

Experts on FGM from Yemen, Iraq and Egypt were invited – yet, due to the war, the representative from Yemen was not able to come and called in via skype. Activists and researchers from Iran and Oman were unfortunately missing due to these countries not being on the FGM-map of the UN (that was more or less the explanation, even though not as clearly). So one more reason to work on having the UN change their map!

However, Amal Fahmy from the Egyptian Gender Research Center Tadwein gave an overview on FGM in the region including Oman with the newest facts.

In the following, I will highlight some discussion points, trends and facts I found interesting.

My opening keynote sparked a debate on the inclusion of men in awareness raising on FGM. Some Egyptian participants believed that the approach of talking about the men’s sex life would not have the desired results. Egyptian men did not care about their wives having fun during sex, they reasoned.

However, it was generally agreed that men needed to be included. This is even more so important in Egypt because men become more and more part of the decision as FGM is becoming more medicalized in Egypt. Going to the doctor costs money, which they have to pay.

The increase of medicalization in Egypt led to a rethinking of strategies. Before FGM awareness campaigns focused on the health problems of FGM. This led to a change in behavior as Amal Fahmy explicated. People go to the doctor, in some cases they only have the labia minora and majora cut and not the clitoris because they have understood from campaigns that the clitoris is important. The age for cutting has also changed: It gets younger and older. Younger in some cases, because people believe the girl will not remember the trauma; older in other cases, because they are unsure and keep postponing the decision. Since marriagability remains a strong motivation it is done before adulthood.

A new trend is also the reframing of FGM as a cosmetic surgery.

Fahmy proposed programmes on sexual rights, gender and FGM. It was also pointed out that doctors and medical facilities are basically left out in the campaigns in Egypt. 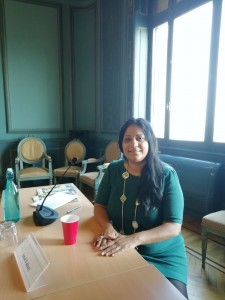 A remarkable presentation on religion and faith based organizations was given by Azza Karam from UNFPA. Interesting points: The UN was long too shy to address religion but now understands how important it is: Most people in this world are religious, 30 percent of basic health care is provided by religious institutions – worldwide.

Yet, she also stressed that we should not be naïve when working with faith based organizations. They can be important partners, but we should always first check their agenda on gender issues.

Dr. Omaima Guebaly from Assuit University cited a study which looked into the change of teachings of Imams after they had received trainings on FGM. The study found that there was not much change. She pointed out that religious figures would loose the respect of the community if they taught against FGM.

The lawyer Mohamed Samir second this in his presentation, revealing that even in religious lectures in Al Azhar the teachings differed from the official version on FGM (officially Azhar says it is prohibited in Islam).

Human Rights lawyer Reda Eldanbouki gave a flabbergasting description of the court case against the culprits of the death of the 13-year old Egyptian girl Sohair al Bata, who died after an doctor performed FGM on her upon request of her parents.

The doctor got a minor punishment of only three-months in jail never serving his sentence. Eldanouki described how state representatives argued during the case in favor of the doctor, supporting his claim that the girl had an itching and therefore cutting her genitals was reasonable. He also described how the police refused to check on the doctor when after the ruling Eldanouki and his team gave them proof that the doctor was still practicing FGM on little girls. 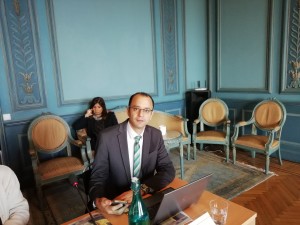 Lawyer Samir has looked into teachings of Al-Azhar.

This all gave the impression that the Egyptian government is not keen on enforcing the law against FGM.

How so entirely different were the reports from Iraq. After Wadi had already presented our holistic campaign against FGM which has lead to a sharp decline in acceptance of FGM in Kurdistan in the past years, the Kurdish Regional Government and UNFPA presented their planed addition to this campaign.

According to UNFPA Analyst for Iraq Kara Agha a huge campaign is planned with all ministries of the Kurdish Regional Government involved. The most important roles are assigned to the Ministry of religious affairs, the Ministry of Education and the Ministry of Health.

The action plan includes the instruction of Mullahs to talk in their Friday sermons about the hazards of FGM. The Ministry of education will arrange trainings in all schools with teachers. Teachers ought to inform parents in parents meetings about FGM. All parents shall sign a written statement pledging not to do FGM. The Ministry of Health will train staff in primary health care units to inform parents about FGM when they are doing vaccinations.

This will be flanked by a media campaign, community mobilization and a hotline.

Our assessment: With this action plan it will indeed be possible to eliminate FGM in one generation. We are very glad the Kurdish government ist finally taking these steps.

By hannahcaroline36 in News, Press Statement on 2018/11/26.
← FGM Worldwide, It’s Worse Than You Think New Awareness Brochures against FGM distributed in Kurdistan-Iran →