For the first time ever Iranian activists published a report based on interviews and data collections proving that Female Genital Mutilation is much more widespread in Iran than previously assumed. According to interviews done in several provinces in Northern Iran far more than 50% of females in these regions are mutiliated: 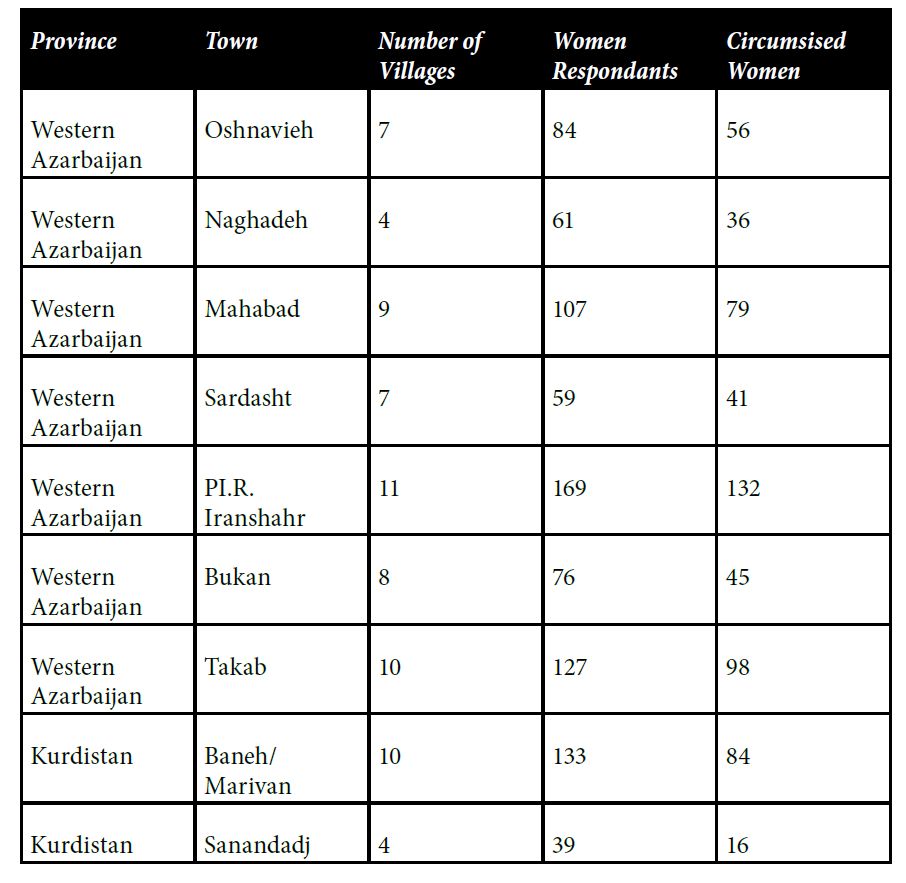 Also in the South of the country FGM is prevalent:

In a research carried out by RayehehMozafarian in the island of Gheshm, among 400 women who used health centres, 333 (83.2%) were already mutilated, 59.7% were in favour
to mutilate their daughters, while 73.3% had experienced it in their families. There is a direct and meaningful connection between sexual cliché, control of women’s sexual desires and religious beliefs.